If your face flushes and blushes easily, stays red or has visible red veins you might have Rosacea Symptoms. Don’t worry, over 16 million Americans are right there with you, myself included. Rosacea (pronounced ro- zay- sha) isn’t life-threatening, but that doesn’t mean it isn’t frustrating. I interviewed my go-to skincare expert, Jan Marini, and learned all about this disease and ways to alleviate your symptoms.

What is Rosacea Symptoms?

Rosacea Symptoms a skin disease that primarily identified by redness and dilated capillaries, known as telangiectasia.  It can also cause bumps that look like acne and react unpredictably to certain stimuli. Our blood vessels designed to expand and contract but if you have rosacea, they compromised and have lost some ability to contract.  Rosacea mainly occurs on the cheeks and around the nose, but it can appear elsewhere on your face, neck or chest as well.

How do you get rosacea?

Rosacea not contagious, it more likely inherited because it found most often in those with fair skin. Even if no one in your family has it, you can still get it. Cumulative sun exposure can be a primary causative factor in rosacea because it damages the vascular and collagen structures of your skin. That’s why it generally pops up in adults aged 30-50. So, all those years of sun exposure and little to no SPF are finally catching up to us. Females tend affected by rosacea at higher rates than men,  but men can also have it.

Our bodies have an inflammatory protein called cathelicidin. Generally, it’s a helpful protein because it assists in the healing process if we have a wound. But for some people, it appears that the mechanism is compromised in some way and the inflammatory response isn’t limited to assisting in healing.  It seems that if the Cathelicidin mechanism is compromised, then the redness and inflammation associated with rosacea may develop.

How to be sure it’s rosacea?

It’s important to get rosacea diagnosed by a dermatologist for a few reasons. First, rosacea can look like acne so you might be treating the wrong symptoms.

The difference between acne and rosacea is that rosacea lesions don’t have a microcomedone, which is the basis of the acne process, so some treatments may be counterproductive. Rosacea can be misleading because you can have acne and rosacea at the same time. You can have acne on your chin and rosacea in the central areas of your face, neck or chest. Knowing what’s causing the bumps is essential to being able to treat them.

Secondly, rosacea can affect your eyes. If you have facial rosacea and your eyes feel dry, gritty, irritated, or consistently red, you might have ocular rosacea. The symptoms are similar to allergies, but if it’s ocular rosacea and it goes for long periods, in some cases, it can lead to blindness. Fortunately, ocular rosacea is easily treated if it’s diagnosed.

As of now, rosacea is not curable, however, it is possible to use topical agents that can dramatically address the appearance of the outward characteristics such as redness and rosacea “bumps”. Rosacea is a disease of reactivity, not sensitivity and there are common triggers that can cause your rosacea to flare up. The most effective way to prevent your rosacea from flaring up is to be aware of what triggers it so you can stop doing those things.

The most common rosacea triggers are:

If you’ve identified your triggers and have tried avoiding them but still have rosacea there are other options.

Your dermatologist will likely prescribe you medications or laser treatments that can help lessen your symptoms. Lasers are one of the most effective ways to treat rosacea. Intense Pulsed Light aka IPL laser treatments uses targeted narrow beams of light to decrease the dilated blood vessels that cause flushing. Generally, people need 3-7 treatments to see results.

What else can you do for Rosacea Symptoms?

Jan Marini has found that her Skincare Management System can make a huge difference for people that struggle with rosacea. I wrote a blog post all about it (I’m obsessed!) and it won the New Beauty award for the top system in a doctor’s office for 10 years in a row! It contains ingredients that are great for rosacea like glycolic and salicylic acid because they are anti-inflammatories.

Jan also has a calming, redness relieving product called Rosa Lieve. RosaLieve has a peptide in it that has a significant anti-inflammatory effect for the appearance of redness associated with rosacea. Jan added azelaic acid to RosaLieve because it is a proven ingredient for treating rosacea. RosaLieve also has antioxidant-rich shea butter and hyaluronic acid to provide a lightweight and long-lasting moisture.

Rosalieve was recently presented at the largest laser conference, ASLMS (American Society for Laser Medicine & Surgery), by Brian Biesman, MD  because it was used as part of a study where using IPL, in conjunction with RosaLieve, cut down the number of laser treatments necessary. The study consisted of comparing two groups over 12 weeks.  Group One underwent three laser treatments but didn’t use any topical products. Group Two underwent just two laser treatments in addition to using topical homecare products, including RosaLieve.  Observations at the end of 12 weeks showed that the addition of topical solutions enhanced results by as much, if not more than one additional laser treatment.

Jan suggests to start with her Skincare Management System and give it a couple of weeks to see how your skin improves (it will! You will love how glowy and clear your skin will become), then incorporate RosaLieve to achieve greater results for decreasing the appearance of redness and other rosacea characteristics. Jan also kept reiterating that it’s really important to avoid your rosacea triggers. Products can help but lifestyle adjustments are essential to keep your skin happy.

I’ve been using RosaLieve for a month now and I’ve definitely noticed an improvement in the appearance of redness in my cheeks!

Do you struggle with Rosacea? What are your triggers? Let me know in the comments! 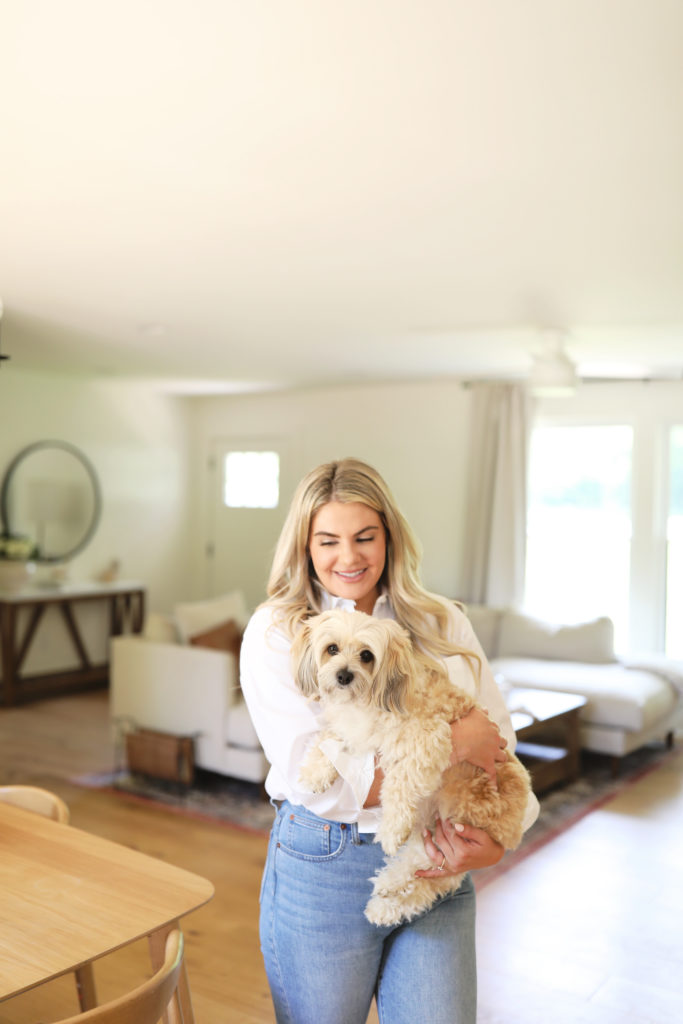